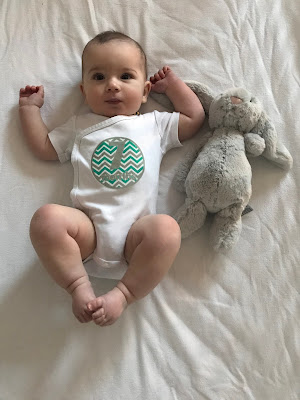 Eating: Henry still generally nurses every 2-3 hours, day and night. I think my supply has dropped though so he finally took a bottle and I've been working to get that back up while also supplementing him with pumped/frozen milk. Also, he loves eating, especially BLW (baby led weaning). If he can put it in his mouth he is happiest! He doesn't really like purees but he has become more open to them. So far he likes toast, pancake, waffles, cucumber, strawberries, celery, peppers, carrots, blueberries, chicken, ham, beef, oranges are his favourite. He doesn't like avocado.

Sleeping: We finally gave in and did some gentle sleep training. It took 2 nights and he started sleeping through the night 6:30pm to 5:45am. That lasted about a week and then all hell broke loose- I    think when my supply dropped. I don't think it was entirely related (but I don't think the reduced  night feedings helped my supply). So until we get the supply issue figured out, I'm feeding on demand again. I'll sleep eventually, right?! 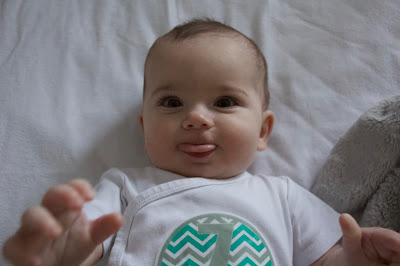 He is wearing mostly 6-12 months clothes now but some 3-6m onesies still fit! His mocs are size 2.

Hair and eyes: Dark brown/black hair, and definitely hazel eyes. His hair is coming in thicker. 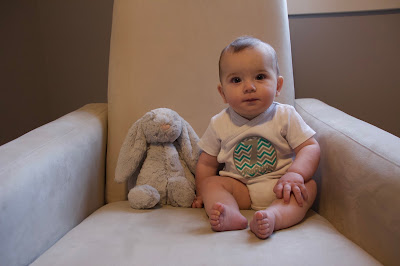 Personality: Henry is a happy yet serious boy. He is an observer, taking the world in around him. 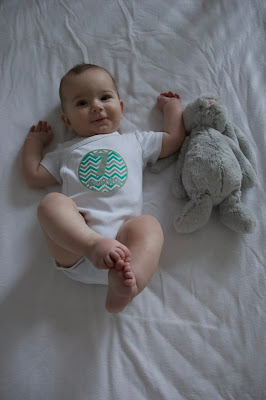 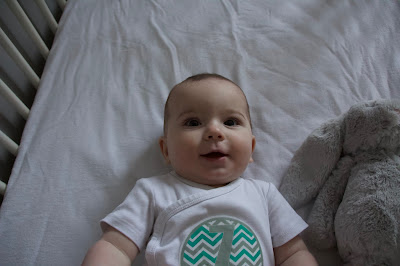 Likes: His toes, sitting up, chewing on every and anything he can get his hands on.

Dislikes: Being contained, not being able to crawl yet, being hungry, teething. 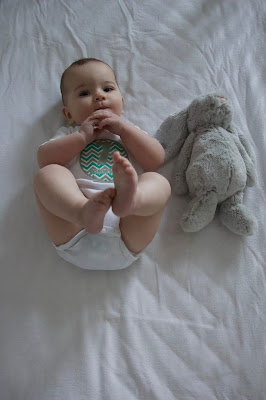 Milestones: Henry is so close to crawling. He just needs to figure out how to move his arms forward. He will definitely be on the move in the next month. He does planks, downward dogs and I even caught him resting on his head in downward dog once! Henry can sit unassisted now, although he mostly prefers to "crawl" after toys.

He has 4 bottom teeth now and his top front are close to cutting. 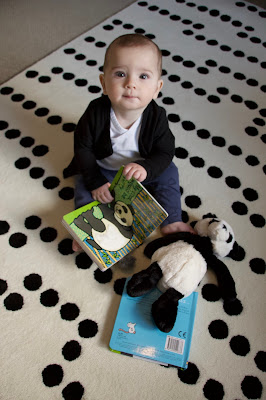 Mama: This month was really busy with Christmas and all the festivities around the holidays. I  really tried to stay in the moment and not get caught up in everything. I also started going to Barre a couple times a week by myself which has been lovely for my mind. Feels good to move and devote an hour to myself. 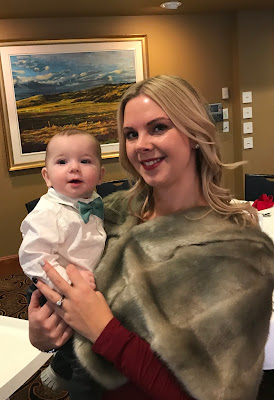 Big Sister & Big Brother: Audrey and Leo continue to amaze me with their love for their little brother. Leo can still be rough sometimes and Audrey just loves to drag Henry all around. There are a lot of tough days but I wouldn't trade the chaos and exhaustion for anything, especially when I see the 3 of them together. 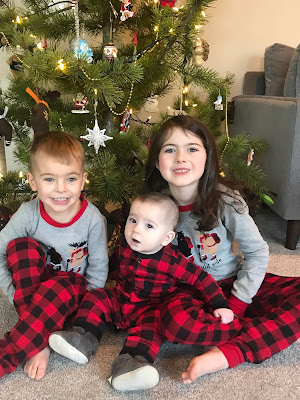 Misc: Henry celebrated his first Christmas!! He loved opening presents, and visiting with everyone. 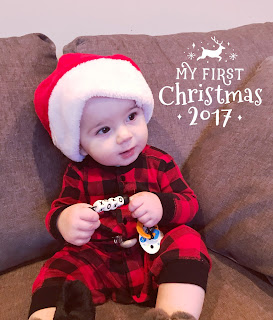 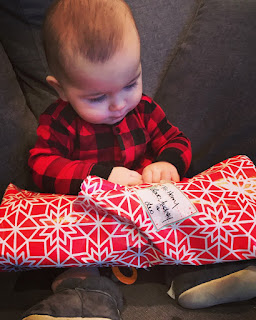 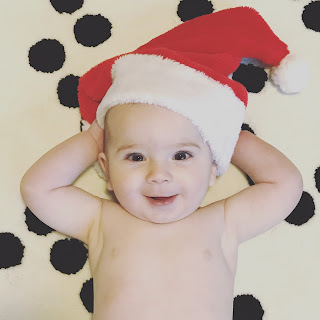 We love you, our little Henry!