So after the fun awful winter storm yesterday, the last thing I wanted to do when I got home after work was drive anywhere! Hubby arrived home just in time to leave for the running clinic so we decided rather than skate drive to the Running Room we would just do our own run in the neighborhood.

It was my first winter weather running experience. Prior to last night I don't think I ever ran outside below 0 and definitely not with 15cm on snow on the ground. This was going to be treacherous interesting.

At 6:15pm we headed out and it was dark. I wore my headlamp for the first time!

Hubby said he would run with me (thanks babe!) so we ventured out on the sidewalks. Some of our neighbors were nice enough to have shovelled already but there were a number of houses that had not cleared their sidewalks yet. There were lots of people out shovelling and we did get a few WTF looks!! I was thinking the same thing...

It was about -9 outside, but with the windchill I think it was closer to -17! I definitely did not dress warm enough!! My neck and hands was so cold starting out. My legs and butt FROZE!! I know now it is possible to have freezing and burning legs at the same time!! It is a lot harder to run through the snow than on pavement. My quads were burning! I started to warm up around 2km into the run and it helped that we ran in a more sheltered area rather than on the exposed ridge.

I read the training schedule wrong (hey it's hard to read excel on a blackberry!) and instead of running 4k, we ran 5k! Opps!! As you can tell by the below stats, it was a slow run!

After the run I was chilled to the bone! I took my pants off and my legs looked sunburned! I plopped myself in front of the fireplace, and drank hot chocolate to warm up. I guess I need to double layer on the bottom too.

Tonight we went back to the Chiropractor for more treatment. We brought our running gear so we could go straight to the Running Room for our run with our group. However, Mother Nature was not on our side and the road conditions prevented us from making it on time. It is still snowing and it is still treacherous out there. Honestly I wasn't that upset since it only feels like -22 with windchill outside. Brrrrr!

Instead I opted for the treadmill. First run inside for awhile. 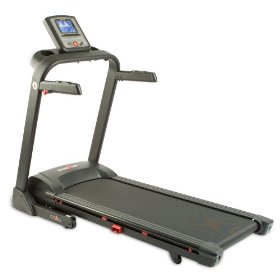 I put another episode of One Tree Hill in the DVD player and hit go. It took everything I had to stay on the treadmill for 30 minutes. The schedule called for 4K so I figured that was close enough. It was nice to not freeze my butt off like yesterday!!