Monday already? I know I really can't complain because I do get a 4 day weekend every weekend but this one went by exceptionally fast!

Thursday I ran errands with the kids, which involved a trip to the mall and play area. Leo is starting to resist the stroller so I spent a bit of time chasing him around. I'm having deja vu of when Audrey used to be like this. Thankfully now she is more helpful and actually listens. 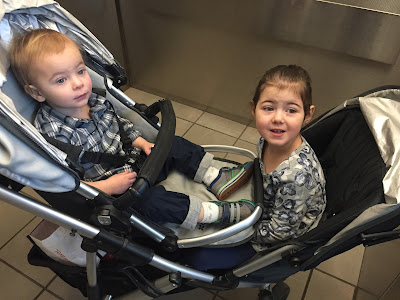 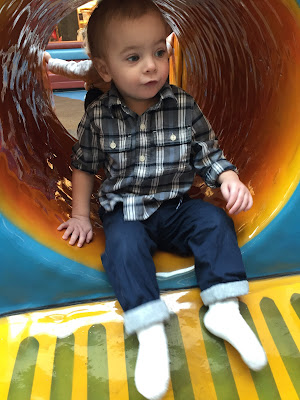 Friday was a change in routine. I qualified for a Leader Lunch and coaching with the R+F Home Office team. I missed the last one due to a work conflict so I really didn't want to miss this opportunity again. The kids went to the dayhome for the day, which they didn't mind at all. I ran of a bunch of childfree errands in the morning- bliss, before heading to the lunch. It was held at The Block Kitchen and Lounge  and the food was amazing!! I would highly recommend it and we will definitely be back for a date night.

It was a great afternoon of collaborating with other leaders, getting an update on how Canada is doing (awesome!) and what's to come in 2016. It was very uplifting to be in a room with so many amazing women and I felt very honoured to be among them. 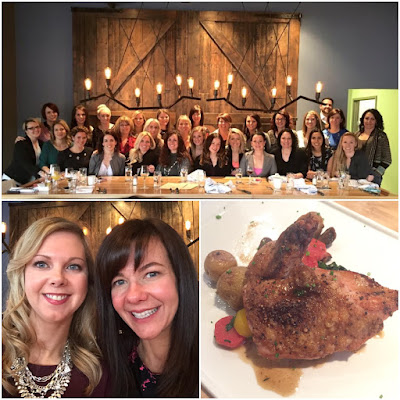 I spent the evening giving this guy extra snuggles and stories. I was super nostalgic that he was going to be 2 the next day! I may have cried a few tears while reading "On the Night You Were Born" to him. 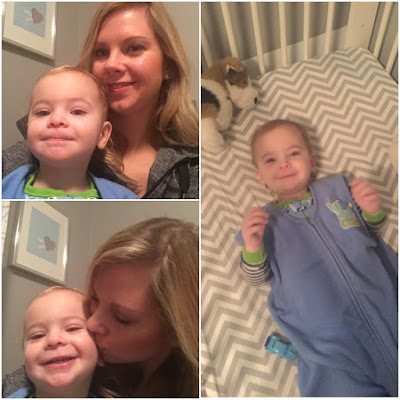 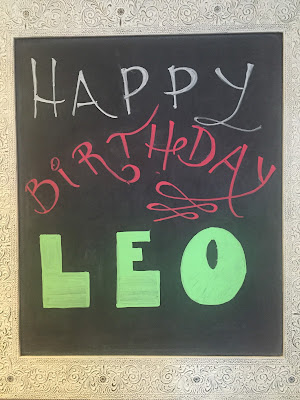 He was pretty excited to open his presents! No surprise it was a bunch of cars! 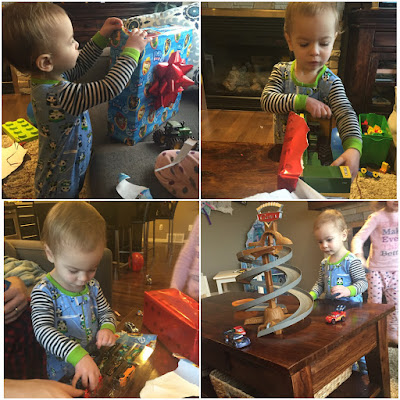 He was pretty excited about the balloons, especially the Cars one!! 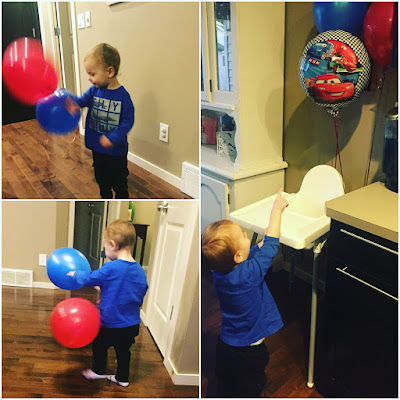 Guess how he spent his day! Watch where you walk... 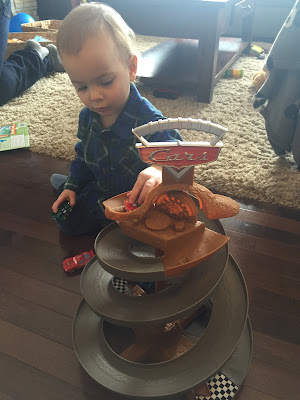 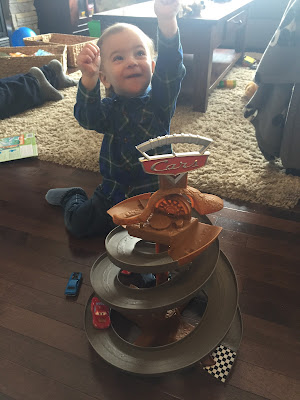 The creative ones did some crafts. 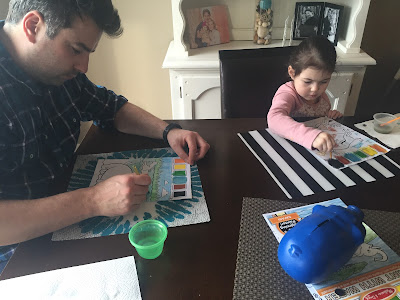 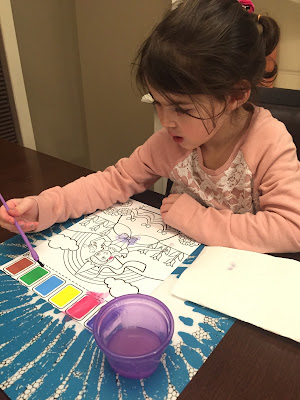 There was some drama at cupcake time. Audrey cried because she didn't get her cupcake first. Leo was super excited at first when he saw the candles and we were singing Happy Birthday but then he burst into tears because he wanted the pink cupcake, not the blue one. 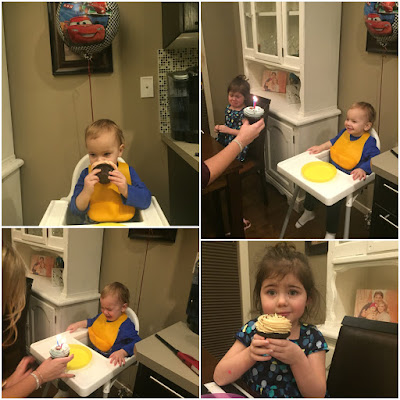 Hubby went out Saturday night for his annual alumnae dinner so the kids and I had a quiet evening.

Sunday we celebrated our little friend Cahira's 2nd birthday. She is 3 days older than Leo. Her mom is a teacher so there were lots of fun activities for the kids to do. Good thing she handed out aprons! It was a Hungry Caterpillar theme.

Making butterflies... or colouring on your own hand. 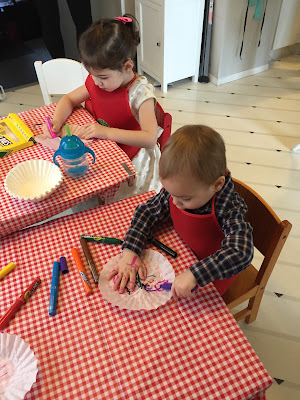 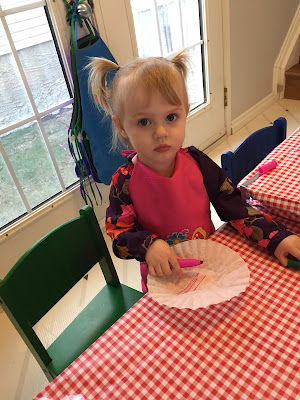 After the party I went for a run. It was around -5C so I layered up but ended up being a bit too warm. I listened to the podcast "Here to Make Friends" about the Bachelor shows and it was hilarious! 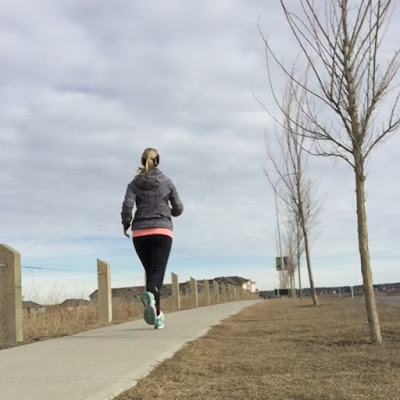 Apparently it was Super Bowl Sunday so hubby invited his brothers and their families over to watch, hang out and have dinner. We hadn't seen them since Christmas so it was great to visit again. The kids had lots of fun playing together. 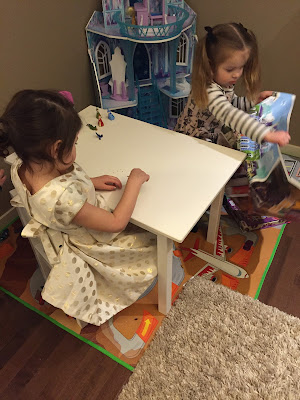 So it was a pretty packed weekend! I'm ready for a break!

What was the most exciting part of your weekend?