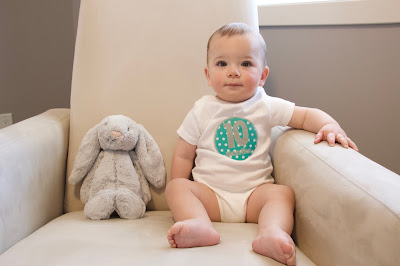 Eating: Henry mostly eats whatever we eat, although I give him some purees if I  think he is still hungry. He still nurses 5x a day and multiple times at night, for now. 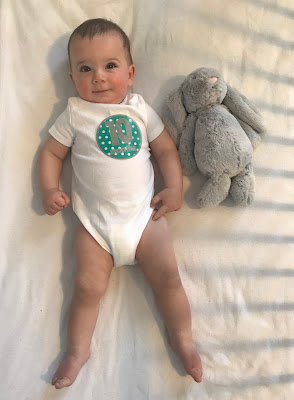 Sleeping: Night time sleep hasn't been great with interruptions like teething, colds, travelling to Phoenix so the plan this month is to change that as long as he isn't actively cutting teeth. 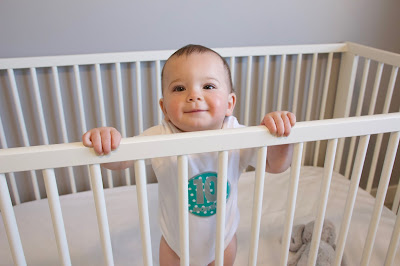 Weight/Size: Henry hasn't been weighed recently so I'm not sure how much he weighs. Given how much he eats, I'm sure he has gained at least a pound or two though, so around 19lbs. 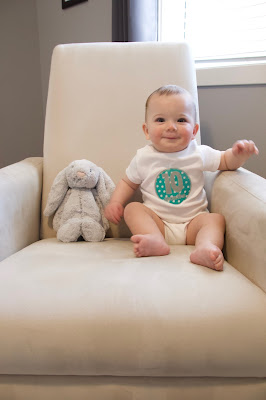 Hair and eyes: Dark brown/black hair, and hazel eyes. I think his hair is getting lighter though. 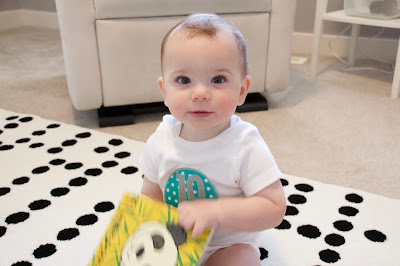 Personality: Henry is a pretty content baby, unless he is tired or hungry. He is so observant, looking around at everything around him. He is going through "Leap 7" right now so he is a bit fussier and clingier than usual but still pretty happy most of the time. 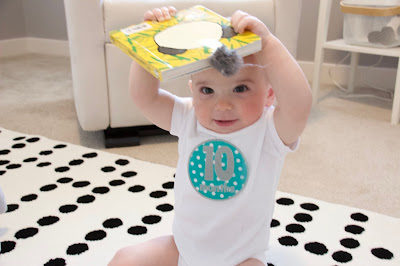 Likes: Getting into everything. Reaching the high things. Climbing the stool (that's away now). He loves cars, balls, magazines he can rip, toys that make sound/music.

Dislikes: Being contained, having things taken away from him, sleeping.

Milestones: Henry is pulling up to stand on everything. He has started walking around the coffee table too. He also loves to play peek-a-boo!! Under his blanket, his water bottle, his books!!

Talking: Henry has been babbling lots, but no real words other than "dadadadada" but not for Dad. He was signing a bit but seems to have stopped, other than for "water", which he also makes a noise when he moves his hand to his mouth. He's stopped signing for "milk", "more" and "change" even though he was doing them last month. Now he just shrieks for everything he wants! 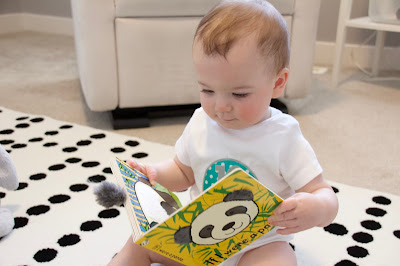 Mama: The countdown to 1 is on! I have moments of excitement for how much fun he is and watching him grow and then extreme sadly for how big and fast my baby is getting! It feels like only a moment ago I was pregnant with him (and dealing with his breech issues) and then a tiny newborn, and now he is almost 1!!! I'm trying to focus on the positives and how grateful I am to have had 3 little babies but sometimes I'm just sad that the baby stage is almost over.

Big Sister & Big Brother: His biggest fans! Audrey gets mad when she can't play with Henry and Leo gets mad when Henry gets too close to his small toys. 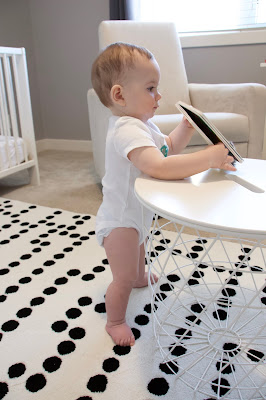 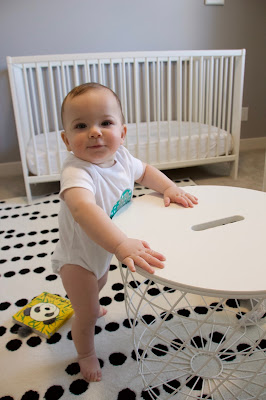 Misc: Henry had his first trip to Phoenix! He enjoyed the pool, splashing in the water, crawling on the grass for the first time, all the attention from friends and family and riding in the golf cart!!

We love you, little man!